I’ve seen Avengers Endgame twice since its release and though I enjoyed the experience, I just don’t believe it was the perfect conclusion to the Marvel Cinematic Universe (MCU) everyone is claiming. Truth be told, when compared to Avengers Infinity War, Endgame doesn’t quite match up — and there are some very specific reasons. Fair warning: spoilers ahead.

The tone of Endgame begins right where Infinity War left off with the remaining Avengers reeling from the loss of the friends and colleagues. In fact, the entire world (read: universe) is suffering. Stark is adrift, Thor is cloaked in bitterness, while Thanos is injured but content in the results of his madness. The Avengers exact almost immediate revenge on Thanos but the chance to possess the stones and reset the slip through their grasp with the death of The Mad Titan.  After this grim beginning, all seems lost but the story shifts on a rather random happenstance and thus begins some mild disappointment at the remaining viewing experience.

The gritty story veers sharply into a set of subplots which seemed more grounded in fan service and comedy than story development. The numerous shifts in timeline combined with an homage to past Avenger personalities was, at times, elegant and a nice tribute to the franchise but seemed to distract from the somber fact half of all life in the universe had been snuffed out — which is why I just don’t believe it did any justice to the Infinity War storyline. Please don’t misread my intent, the film continued the tradition of having a spectacular production value, with actors who know every nuance of their respective roles, and it was a joy to see one last film celebrating this ensemble cast. However, like so many times before, it could have been much better.

The plot rounded nicely into Thanos’ discovery of the Avengers attempt to stop, prevent, or rectify (the paradox of time travel can be so confusing) The Snap which culminated with a massive battle for control of the Infinity Stones. Unfortunately, the fight of this proportion seemed all too brief, was filled with forced moments of significance (you know what I’m talking about), and ends with a sacrifice of epic proportion.

The film concluded with some very dead Avengers, a passing of torch (retiring other Avengers) and a feeling of completion. When the dust cleared, I found the viewing experience to be slightly too long (3 hours, 1 minute) but worth seeing in the theater. From where I sit, Avengers Endgame earns a RipRating of 8/10 (Infinity War was 9/10). Not as good as Infinity War but one helluva ride.

As a postscript to my review, I wish Captain Marvel had been used more in Endgame. Her arrival, heralded by the cryptic pager at the end of Infinity War, promised a substantial remedy to Thanos’ power but sadly she seemed to be an afterthought. Additionally, I wasn’t impressed with the transformation Thor to a fat, giggling Avenger with PTSD and a drinking problem — it just shat upon arguably the second most powerful Avenger (after Captain Marvel) and tainted his unflappable reputation. On the other hand, it certainly provided a vector for him to join what was left of the Guardians of the Galaxy team.

Huh, maybe someone else should see this...

Is it me or is #JasonBateman one of the premier actors of this generation? Just incredible range but what sets him apart is the subtle gestures, looks, and tone changes. Brilliant. 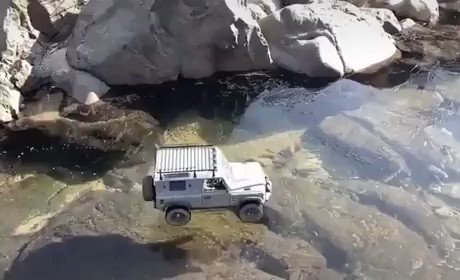